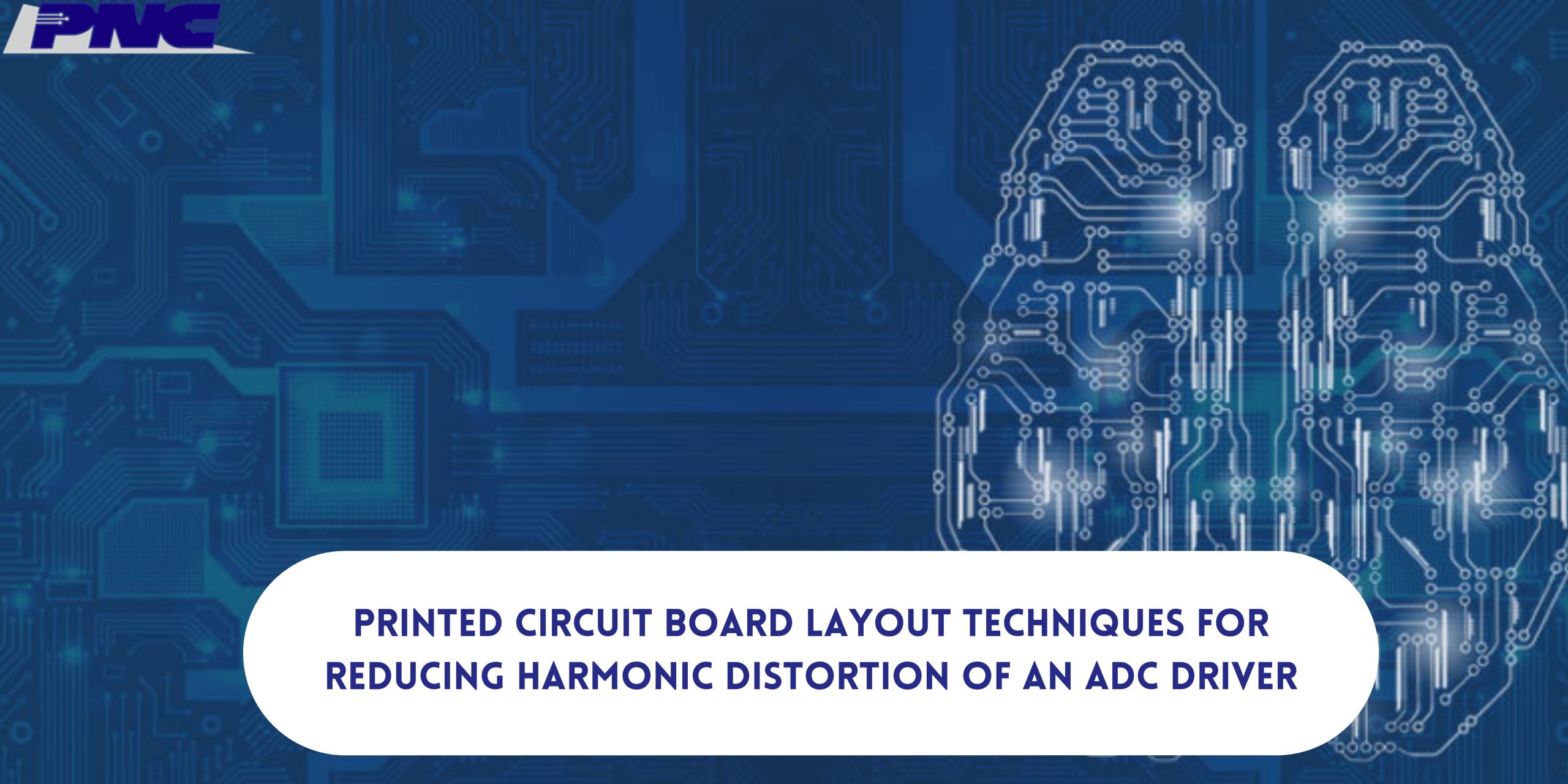 The designer can avoid an ADC driver and go for a single-ended device and to a transformer to the ADC, and it seems a simple technique. The single-ended driver amplifier uses high power and causes an even-order distortion, like CMRR and PSRR.

The receiver signal chain involves a differential output and a single-ended RF input. Many SAW filters, as well as the mixers, are naturally differential PCBs, how ever, they have to be converted to single-ended because of certain limitations of applications.

In the past, cellular applications had dual-balanced mixers due to high performance.  But, it consumed more space on the PCB and was costly. Nowadays, integrated RF circuits have become advanced and help in designing functional RF blocks having a single-ended RF input to a differential IF output.

A PCB consists of different materials which are electrically linear, so it should have a constant impedance. But, why is there a nonlinearity in the signal in a PCB? It is because the PCB layout is spatially nonlinear in relation to the current flow area.

The function of the amplifier is to draw the current from the power supply according to a signal’s instantaneous polarity. The current comes from the power supply, runs through the bypass capacitor, and goes to the load with the help of an amplifier. After that, the current goes back to the ground plane from a load’s ground terminal,runs through the bypass capacitor, and goes back to the original power source.

If a polarity component gets changed, but another polarity does not change, it would result in distortion which is created in the form of an output signal’s second harmonic distortion. Such distortion occurs at -68dBc.In the case of high frequency, such a coupling appears on a PCB which can damage the anti-distortion qualities of an amplifier without so many special nonlinear effects of a circuit board. 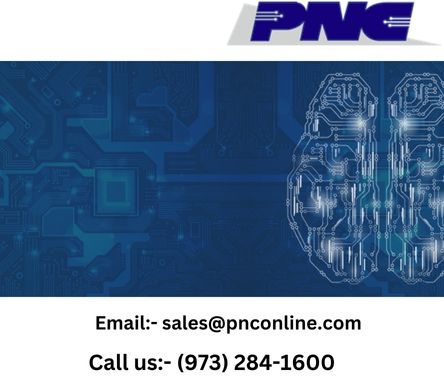 You can control the critical current paths through a common ground plane as well as a ground bypass capacitor on the out put. There is a thumb rule for a high-frequency PCBoard layout which is to keep the high-frequency bypass capacitor near a package’s power supply pin. The signal distortion also occurs on low frequencies, like audio, however, the effect of the ground current is less.

However, if there is an error source in the differential signal path, it will be equally divided into both balanced signals. As the return path is not constant, it won’t affect the differential signal when the two balanced signal seliminate the error. Hence, a stable signal is not vulnerable to interference and noise compared to an unstable signal. Moreover, the stable signals have less distortion compared to the single-ended PCBs.

Here, the purpose of the system is to send the required signal to an analog-to-digital converter to develop digitization. There are many RF blocks in the signal path, such as the ADC and ADC driver amplifier filters, LNA or low-noise amplifiers, and the antenna.

LNA is the first block after the antenna that amplifies the signal over a thermal noise. It makes amplification critical because it determines the delicacy of the system and ensures that amplifiers and mixers after the LNA will not add to the noise area. However, the bandpass filters appear on the way to reduce the out-of-band content, minimizing the distortion that occurs along the path due to a receiver. Then comes the mixer block and it follows the down-converting the high-frequency RF signal to a lower LNA. Moreover, it is easy to manage intermediate frequency (IF).

The AAF anti-aliasing filter and the ADC driver amplifier help a signal gets digitized through an ADC. The role of the AAF is to reduce any noise happening on an ADC input, whereas the driver provides the gain. Lastly, the ADC digitizes the baseboard information.

It is a big challenge in a communication system to effectively drive the required signal in to the analog-to-digital converter. As already discussed, the differential signal chain has more benefits than the single-ended signal chain. You can well detect the signal by selecting the component carefully, moreover, the implementation of the interface should also be good.

While capturing the desired signal, the designer has to consider the dynamic range, noise, and several other needs of the ADC. The system needs to extract only the desired signal to send it to the ADC by removing the blockers.

On the other hand, when there is a differential signal at a transformer’s output and an ADC driver amplifier, the differential anti-aliasing filter follows it. Such an approach is active, as an amplifier does the conversion process.

In an active differential, the noise is higher due to a high distortion, and the spurious-free dynamic range is also high. Remember that a differential anti-aliasing filter needs double the series elements as the single-ended

However, the passive approach needs more resistive padding and output power that comes from the upstream driver which means a high supply of current.

Remember that the single-ended driver amplifier getsa severe distortion in even order, as well as the CMRR and PSRR. By removing the ADC driver, the amplification requirements are shifted upstream. So, choosing a differential approach is logical due to an overall PCB Design performance.

You can take the example of a high-performance differential amplifier used in the IF and RF applications. It give slow noise and low distortion performance up to a high frequency, making it suitable for high-speed ACDs, like from 8bit to 16bit. Such a device offers three types of gain levels, including levels 6 dB, 12 dB, and 15.5 dB. In the case of a single-ended input, the gains get low, such as 5.6 dB, 11.1 dB, and 14.1 dB.

The device is ideal for low distortion and wideband performance. Along with an adjustable gain, such attributes make this device ideal for general IF and broadband devices having a critical low power consumption, and low noise and distortion.

The device can drive various types of ACDs, besides, it is good for SAW filters, driving mixers, pin diode attenuators, as well as multi-element discrete gadgets. The given example is ADL5562.

The same device performs differently in the single-ended topology as the distortion is low, but the even order in differential operation has more benefits. The second-order harmonic figures of an ADL5562 with a single-ended mode are -82 dBc at 100 MHz.

Whereas there are less than a -100 dBc second-order harmonic values in a differential operation having the same frequency. In differential topology, you can expect6dB more on the output 1dB compression point, as well as OIP3.

It is one of the analog devices’ broad portfolio of differential amplifiers. The ADI’s differential amplifier can fulfill the requirement like it can drive a differential input ADC, and send and receive signals in the case of a long cable. Such amplifiers have fixed gains of which some basic types include the pin-trappable gain, a resistor set gain, a serial, and parallel digital control.

Emerging Differential Receiver and Its Architecture

You will see how receivers are getting popular due to differential components. It started with the ADC and slowly reached the signal chain. Before this evolution, only the single-ended signal or partially differential chains were common due to application issues.

The ADL5355 block has only differential inner ports for mixing. The transformer help connect the RF and LO ports to the outer world for a single-ended interface. On the contrary, the IF output port with a driver amplifier has a differential output with an impedance of 200 ohms. It helps connect to a differential SAW filter.

A device’s operating frequency range gets limited when the LO and RF are integrated. It requires a group of devices for particular functions for various ranges of cellular frequency. So, the device’s input frequency range becomes 1200 MHz to 2500 MHz. But, with the LO on the slow side, the frequency remains lower than the RF frequency.

As LO and RF limit the mixer frequency, the ADI offers a large group of devices to manage popular frequencies. A few devices come up with wide frequency ranges, but they need external baluns (negative and positive stable signals) on the RF and LO ports to perform well.

Would like to know more about PCB layout techniques or printed circuit board assembly? Just write us at sales@pnconline.com