A PCB manufacturer has to face many problems and most DFM issues happen while creating a board’s layout. Such issues can be minor, such as noises or missing parts, especially in BOQ or the bill of quantities. So, a manufacturer has to identify these issues and send the design back to the designer for revisions.

Sometimes the manufacturer’s themselves make amendments, but all these efforts result in delayed and expensive production. Taking care of design in the early stages can prevent you from all layout challenges, enhancing PCB production.

So, you can avoid the PCB layout and assembly issues by identifying them before sending them to the fabricator. Now, let’s discuss them in detail.

Issues With The Bill Of Material, BOM

An experienced manufacturer should review the bill of material before manufacturing. It involves the following things:

So, the delays due to BOM are easy to avoid by focusing on your design process.

PCB footprints should be accurate or it would cause different DFM issues such as:

You must follow proper industry specs while making the CAD layouts.Also, make sure they are compatible with the schematic layout in terms of parts and their numbers. 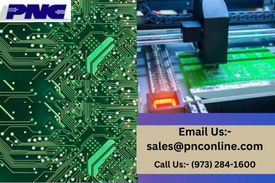 As you know that PCB assembly is either automated or hand assembly. Automated SMT assembly gets issues if PCB components are not according to the DFM rules. Like, the parts might be too close. You can have accurate results by keeping the spacing or clearances minimum in terms of reflow soldering, wave, and machine placement.

Proper distance between the components is essential for hand assembly or reworking. It becomes hard to use a soldering iron where the parts are close enough. Collateral damage can also happen to the adjacent components while using the tools in tight areas.

If you violate the DFM rules, it will affect PCB soldering, creating multiple defects, such as bridging, tombstoning, shadowing, etc. Let’s explore them to help you identify them.

Many thermal challenges occur when you assemble the PCB. The unsymmetrical arrangement of the layers causes twisting or warping due to the heat that you apply during soldering. Heat can also affect the parts which can’t tolerate it, so you have to place them manually.

You have to follow the DFT rules for proper testing of the PCB assembly. You can’t validate the assembly with incomplete or half coverage of the test points. So, you will have to manually validate the assembly of PCB components, but that will cost you more and would also be time-consuming.

Silkscreen is an important part of a PCB design layout consisting of polarity marks, and reference points that determine testing, assembly validation, and reworking. Test experts have to face many challenges to spot the testing points without markings. Besides, testing also takes lots of time, increasing the PCB cost.

You must make proper PCB assembly drawings and documents. They should be clear and easy to read while manufacturing. Each file has to be according to the design to help a manufacturer build it.

You can avoid these challenges by hiring a good PCB manufacturing company.

The designer must work in alliance with a good manufacturer to validate the BOM prior to PCB fabrication. An experienced manufacturer knows how to help a designer with updates regarding the DFT and DFM rules or parameters.

If PCB is not well grounded, it would result in electric shocks while assembly. You can test it with a multi-meter to see the continuity of the ground pads prior to soldering the PCB components onto them.

If there is no continuity in the ground connections, you will have to revise the PCB layout by making more visa to connect various copper layers.

Any change in the design parameters can affect the printed circuit board assembly and manufacturing .The PCB layout should follow all design parameters and discuss with the manufacturer to avoid any revisions later on. Though you can make changes in the layout while assembly, it can increase the production time and overall cost of the PCB.

It is essential to follow the DFM rules regarding clearances or spaces between various components. You should also consider the distance between a component from the PCB edges.

The trace routing has to be correct, and the designer should consider it while making a PCB layout. In other words, the widths of traces should be correct, as well as their distance. At the same time, the copper thickness or weight should be right to have precise routing. All these things are important to discuss and both the designer and the manufacturer should work together in this case.

So, all the above PCB layout challenges are easy to overcome by identifying them and fixing them prior to PCB assembly and manufacturing.

Coupling Of Printed Circuit Board

Another PCB layout challenge is PCB coupling. The designer should focus on two factors regarding coupling, especially in SMPS, such as the voltage switching mode having high dv or dt values, as well as the hot current loop. The coupling is either inductive or capacitive, having unnecessary energy that goes to other components. Sometimes the energy goes out as radiation or emissions.

It is not hard to reduce both inductive and capacitive coupling, but it will cause delays in production and testing. So, you can avoid it by focusing on it in the early stages of PCB layout design.

Certain layout issues, in this case, include a large high loop, visa don’t connect the GND nodes, and the switching node is also large than required. Such a design indicates poor current loops, like the current lacks a proper path to go back to the source. Such current loops happen because there are no visa between different planes.

EMC is also a common PCB issue that occurs due to a poor layout, but you can reduce it by considering certain factors. You can reduce the noise caused by a high dv/dt coupling by shifting the low-diode inline to a space between the indicator and the switch pin.

Moreover, you can reduce the hot loop pattern to decrease the magnetic field coupling caused by a high dv/dt. Such steps seem small but they are convenient and don’t disturb other subsystems. So, you don’t have to alter other things, besides, the board space remains the same.

While designing commercial products, make sure they are according to the EMC standards. However, you can make small changes inthe early stages of the PCB design as they can make a huge difference. Like, you can launch a profitable product, instead of a missed market display.

In brief, you can reduce coupling and noises by following the below steps.

You can avoid the PCB layout and assembly issues by identifying them before sending them to the fabricator.

Would like to know more about PCB layout challenges or Circuit board fabrication? Email us at sales@pnconline.com