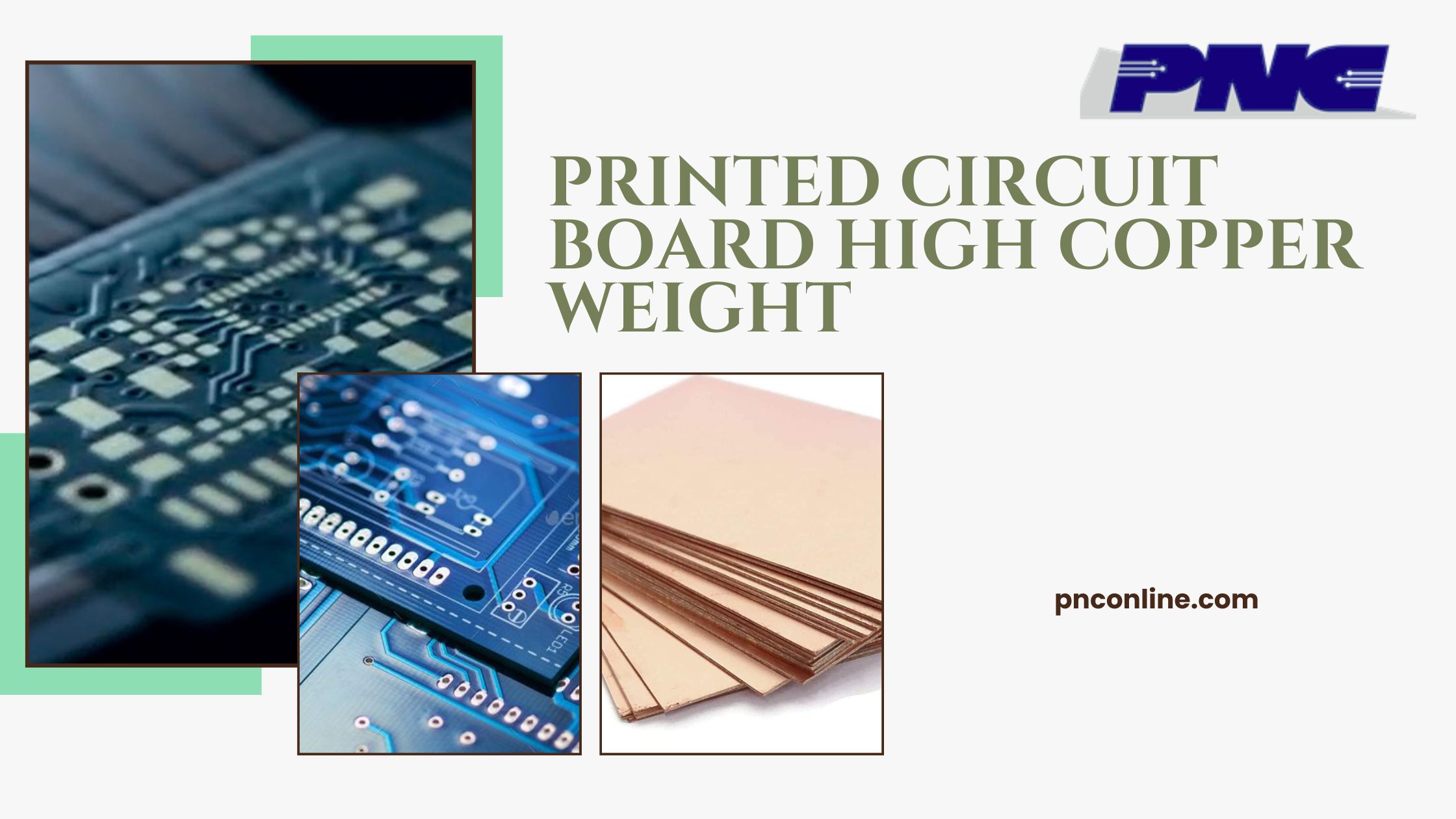 High-power PCB applications need more intensive heat management to cope with high currents and this is possible only through a heavy copper PCB. The copper thickness of traditional PCBs ranges between 1oz. and 3oz. whereas, the thickness of heavy copper goes from 4 oz to 10 oz.

There is also another category of a heavy copper PCB known as a super-copper PCB which is 20oz to 200oz per square foot. Such a PCB is suitable for applications that need a high amount of current and high-power thermal or heat management.

Heat dissipation in a large PCB becomes easier due to thick copper. High temperatures can damage a circuit board, affecting its function but the use of heavy copper can resolve it. Such technology helps manufacturers try different options like the external PCB layers can be combined with heavy copper on the internal surfaces or layers.

The strength of a board is easy to determine through the copper thickness, as well as its width, and purity. A printed circuit board is weak if copper is not pure or it’s too thin. But, you must choose the thickness and width of copper according to the application and board impedance.

Heavy copper PCB goes through different levels during construction. It needs electroplating and etching processes just like a traditional PCB, however, the technology is different. The copper foil etching is done to remove extra copper. Then comes pads, planes, traces, as well as electroplating according to the design of the board. You have to make sure the undercuts and the sidewalls of the trace are compatible with the thick copper parameters. Whatever PC Board, you have to laminate the circuit layers through epoxy substrates.

Whatever technology or process you choose for PCB construction, you will have to face a common technical issue, such as bumpy copper or the copper thickness is uneven. You also have to adopt certain precautions during the manufacturing of a heavy copper PCB. 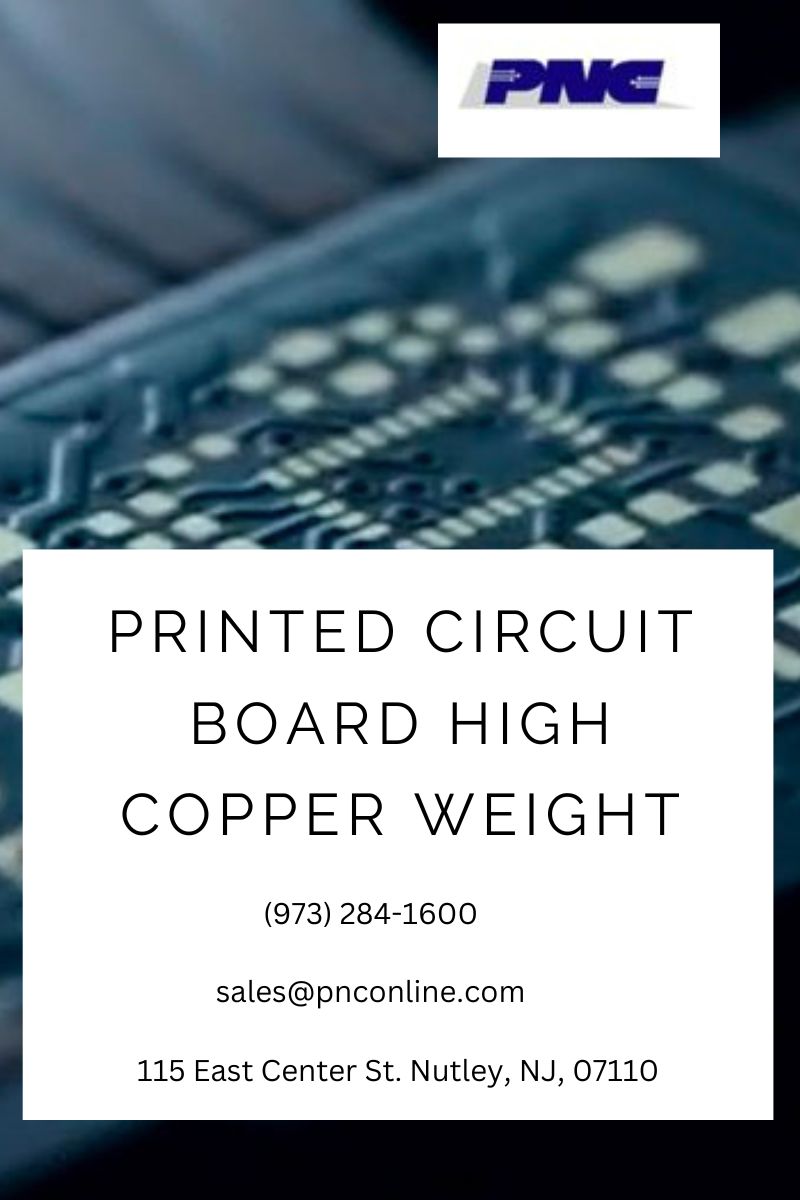 The Laminate Process: It involves heavy copper as a base, and it remains reliable while etching. This process helps manage a tracing edge, enhancing the trace finish. Moreover, the process also helps have appropriate space between the traces.

The Buried Process: Also known as buried copper where the prepreg already has heavy copper. Moreover, the laser cuttings and thickness of the resin determine the copper thickness.

The Insertion Of A Blue Copper Bar: In this method, the manufacturer puts a heavy copper bar into the PCB. It helps save material, reducing the total weight of the PCB. Moreover, the resin that flows into a copper circuit enhances the evenness of the plane.

Why Use Heavy Copper PCB: Advantages

Heavy copper is used in multiple PCBs, depending on their applications and it has several benefits, such as:

Difference between a Heavy Copper PCB and A Traditional PCB

Though the above discussion describes the benefits of heavy copper, we would like to discuss the difference between a thick copper circuit board and a traditional board.

Copper Thickness: The copper thickness of traditional PCBs ranges between 1oz. and 3oz. On the other hand, the thickness of heavy copper goes from 4 oz. to 10 oz.

Outer Copper: The external or finished copper surface of a PCB helps assemble different components, like the internal layer, and the outer layer of a traditional PCB requires standard weight. But, in a heavy-copper PCB, copper weight or thickness on the PCB surface can be flexible according to the project requirements.

Internal Copper: Traditional circuit boards need standard parameters in terms of copper thickness and dielectric constant. However, you can change these factors in heavy copper according to the PCB design or customers’ requirements.

The Technique: Heavy copper involves a refined process of pair etching, whereas step plating is essential to have fine traces. On the other hand, the construction of a traditional PCB involves hole drilling, etching, and electroplating.

Note: While designing the heavy copper circuit board, you should select the right thickness of copper compatible with the carrying current.

As technology and science are advancing faster, it has made electronics smarter than before. Heavy-copper circuit boards can carry high currents and provide excellent heat dissipation. Heavy-copper plates are more in demand than the past years because they help develop smart products having different functions.

You will find the application of heavy-copper PCBs in several industries, such as:

What Is A Copper PCB?

A copper-based printed circuit board is known as copper PCB. Copper is used as a substrate to dissipate heat better than other materials.  Moreover, it enhances the PCB components’ life. A copper base transfers the heat faster from the board to the heat sink or an outer surface or casing. Copper has around 401 W/M.K thermal conductivity which is much higher than other metals like aluminum.

What Is The Heavy Copper PCB?

When copper thickness in a PCB goes beyond 3oz, we call it a heavy-copper PCB. The substrate or base can also be FR4 or aluminum. When copper is thick in a PCB, it can carry or transfer more current than a thin-copper PCB.

No, copper thickness means it’s the thickness of copper foil used in the PCB for plating or as a base material. Even aluminum or FR4 PCB can have heavy copper foil.

What Characteristics Describe A Heavy-Copper PCB?

Is Manufacturing Of A Heavy Copper PCB Similar To A Traditional PCB?

The manufacturing of a thick-copper PCB has the same basic steps and processes as a traditional PCB, but the techniques are different. But, you can change the design parameters according to a project, unlike a traditional PCB where you have to strictly follow the standards.

Though a heavy-copper PCB is costly, it is much more powerful than a traditional PCB. You can use it in high-power and high-temperature devices without damaging the board during assembly. Multiple industries use heavy copper PCBs in their equipment, such as military, aerospace, nuclear, solar systems, transformers, computers, automobiles, etc. You have to buy copper carefully for constructing a heavy copper PCB.

Would like to know more about Heavy Copper PCBs or PC Board assembly? Just Email us at sales@pnconline.com